The Officiating Crisis: What Can I Do? 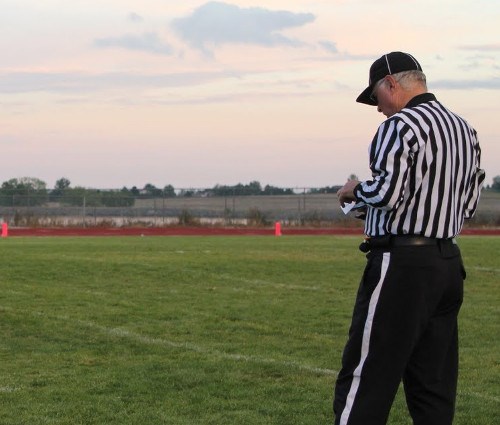 For the past several years, state association leaders have warned that we were about to face a crisis relative to the number of officials we have. The crisis is upon us and it has reached epidemic proportions. Newspapers across the country all have the same headline in the sports section: “Schools forced to reschedule games due to officials’ shortage.” The next headline will be even worse: “Games cancelled due to a lack of sports officials.”

The writing has been on the wall for quite some time but little has been done to truly heed the warning and to address the problem – the “why” of where we are and the “how” to fix it. Everyone has known it is a problem but what have we done institutionally to solve the problem at the statewide level, within each school, within each local officials’ association and each of us individually?

We know why people start officiating and what keeps them in the game: love of sport, the desire to stay involved in athletics, the love of a challenge, to stay physically fit or to give back. Some people even do it for stress relief, if you can believe that. Officials at the high school level have a litany of reasons as to why they officiate but few at this level are doing it for the money. They are doing it to HELP KIDS. They are performing a community service. They are ambassadors within the educational setting. They go through off-season camps, weekly meetings, clinics and exams. Their training is rigorous and mostly voluntary when you put the cost of officiating up against the pay. The reasons why they officiate are good and pure.

The darker side of the issue is why they leave. Bad sportsmanship is at the top of the list. Being yelled at, verbally abused and sometimes even physically assaulted while simply trying to help kids can drive officials away from the avocation. Problems with the “good old boy system” within associations, some of the in-fighting that occurs and perceptions of favoritism are issues from within the officiating circle that can drive people out. A lack of hospitality by schools or failure to receive payment in a timely fashion can exacerbate frustration among officials.

These are all reasons why people give up doing something they truly love. It is time that all of us in the interscholastic family look within ourselves to think of what we have done to make officiating in our state better as well as what we have done to contribute to the loss of officials over the years.

Being introspective is healthy and it is time we all look within and point out what we could do better in order to improve the situation. It is hard to admit when we are wrong but I am pointing out just a couple of my shortcomings (although the list is likely longer) to encourage members of our interscholastic family to do the same. In times of crisis, look within and be your own worst critic!

I’ll start with my personal introspection. On the positive side, as Commissioner of Officials, I’ve brought new educational and training initiatives to the state, have established a network of professional and collegiate officials for our membership to learn from and have worked to achieve progressive evaluation of officials. On the negative side, I haven’t always done the best job in dealing with personalities that have hindered our growth and haven’t dedicated enough time to have “exit interviews” with officials when they leave the association to figure out what has spurred their departures. I haven’t completely been able to get rid of politics within local associations. I haven’t celebrated the great calls of officiating enough and need to do a better job of promoting all of the good things our officials do.

Think about what you are doing to retain the officials we have. Officials – What are you doing to mentor and foster new officials into the avocation? Are you being a good partner? Are you being a productive or destructive member of your association? Are you paying it forward? Athletic Directors - Does someone greet officials at your school? Do you have a safe place for them to dress?  Do you pay them within seven to 10 days? Do your coaches and fans treat officials respectfully?

Think about what you are doing to bring new officials in. Officials – Are you coming up with active strategies for seeking out new officials? Are you representing the Association in a manner that would make someone want to join the ranks? Athletic Directors - Do you talk to current students and recent graduates about the viability of being an official after school ends? Do you actively promote officiating through showing respect to the officials on your campus?

In the middle of August, I was at a football officiating camp. I observed an assistant football coach go off the rails on an official eight snaps into the scrimmage. There were officials there who had never put air in a whistle or throw a flag, trying to learn to become community servants for our student-athletes. To see an adult start screaming at another adult over what he thought was a missed call in a scrimmage was a poignant example of why we have the problems we do. Officials WILL miss calls. They are human beings. I don’t know a coach who has made every correct play call and every correct substitution in every game. I don’t know a player who has completed every pass or made every basket every single game. Officials are expected to be perfect when they walk in and improve as the night goes on. Why is there such a high degree of scrutiny with one group when everyone else is allowed to make errors without being screamed at?

Here is the reality. We have a lot of brand new officials working contests they may not be ready for this year just to get games covered so that kids can participate. While our overall number of officials has been static over the past several years, we are not retaining officials. Most of our turnover is with officials in the one to three year range. Someone comes in, they work a few games, they get yelled at by a middle school parent when they work their first game and they don’t come back. We can’t get officials trained quickly enough. They haven’t even had time to develop a thick skin when the first negative situation occurs.

Please remind your coaches to treat the officials at games with respect. It is absolutely okay for coaches to engage in positive conversation but not to berate and degrade them. Some new officials are trying to understand the rules and how to apply them and haven’t yet learned effective game management, inclusive of communication. We need these officials to replace retirees and to cover the games of our growing sports programs. We need them more than they need us. They could find something else to do with their free time but instead they choose to help kids…and often times get yelled at for their efforts. Help with parental behavioral issues. Let them know the situation and how dire it is. Retention of officials starts with respect and modeling the tenets of Compete with Class.

Look within yourself. What can you do to improve the situation? I have my growth plan in place. It starts today. It only takes one person to make a positive difference.

Dana Pappas is the commissioner of officials/deputy director of the New Mexico Activities Association.

What you Need to Know About COVID-19 to Protect Yourself and Your Fa.