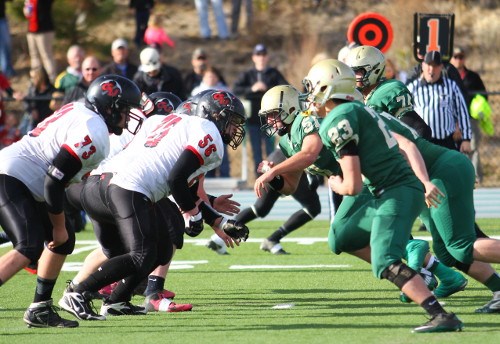 The elimination of clipping from high school football is the latest attempt to reduce the risk of injury made by the National Federation of State High School Associations (NFHS) Football Rules Committee.

The decision to eliminate clipping in the free-blocking zone (Rule 2-17-3) was the most significant of three rules changes recommended by the NFHS Football Rules Committee at its January 22-24 meeting in Indianapolis. All rules changes were subsequently approved by the NFHS Board of Directors.

“With very few major rules changes approved by the NFHS Football Rules Committee for the 2016 season, it indicates that the committee feels that the rules of the game are in pretty good shape,” said Bob Colgate, director of sports and sports medicine at the NFHS and staff liaison for football.

Clipping, as previously stated in Rule 2-17-3, was permitted in the free-blocking zone when it met three conditions; however, clipping is now illegal anywhere on the field at any time. According to the rule, the free-blocking zone is defined as a rectangular area extending laterally 4 yards either side of the spot of the snap and 3 yards behind each line of scrimmage.

“The NFHS Football Rules Committee’s action this year on making clipping illegal in the free-blocking zone once again reinforces its continued effort to minimize risk within the game,” Colgate said.

“I look forward to ongoing conversations about how best to limit exposure to harm within the free-blocking zone and in situations involving defenseless players,” said Brad Garrett, chair of the NFHS Football Rules Committee and assistant executive director of the Oregon School Activities Association.

Other changes for the 2016 season will include those made to football protective equipment and gloves in Rules 1-5-1d(5)a and 1-5-2b.

“The committee expanded the options on what can now be worn as a legal tooth and mouth protector and also football gloves,” Colgate said.

Tooth and mouth protectors that are completely clear or completely white are no longer illegal. Rule 1-5-1d(5)a continues to require that tooth and mouth protectors include an occlusal (protecting and separating the biting surfaces) portion and a labial (protecting the teeth and supporting structures) portion, and that they cover the posterior teeth with adequate thickness.

In Rule 1-5-2b, football gloves are now required to meet either the new Sports and Fitness Industry Association (SFIA) specifications or the existing National Operating Committee on Standards for Athletic Equipment (NOCSAE) test standard at the time of manufacture.

“I give my compliments to the voting members of the NFHS Football Rules Committee as they continue to put the health and safety of student-athletes at the forefront of all committee discussions regarding the future of the game,” Garrett said.

A complete listing of all rules changes will be available soon on the NFHS website at www.nfhs.org. Click on “Activities & Sports” at the top of the home page, and select “Football.”