NFHS rules writing committees consist of experts in the given sport.  Each committee member is nominated by state associations, as is the chairperson, who guides the members through their work.  Each of the NFHS’s eight sections are represented on the given rules committee.  To allow for equal representation, there is also a member of the NFHS Coaches Association and the NFHS Officials Association on each rules committee.  Each committee member serves a four-year term. 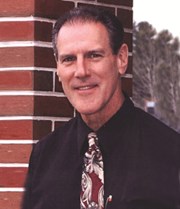 Jack Hardy, Section 1, has 39 years of experience in the educational field; 26 of them in administration as an assistant principal or athletic director.  The Maine State Association of Athletic Administrators recognized Jack in 2001 as the Athletic Director of the Year, and the National Interscholastic Athletic Administrators Association presented him its Distinguished Service Award in 2004.  Hardy returned to athletic administration at North Yarmouth Academy after seven years as an assistant principal at nearby Falmouth High School. Prior to FHS, he was a high school and middle school athletic director for 14 years at Greely/MSAD 51. Hardy is proud of his role in introducing volleyball to two successful present-day volleyball schools.  He presently sits on the Maine Principals’ Association Volleyball Committee as well as the Swim Committee and is serving as the committee chair for both.  Hardy is a University of Maine graduate with a M.A. degree in education. 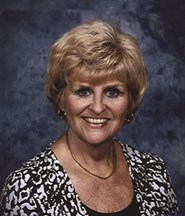 Marsha Goodwin, Section 3, is a retired wellness teacher from Walker Valley High School in Bradley County, Cleveland, Tennessee, where she also coached volleyball and track & field.  She has been involved in volleyball for more than 45 years as a player, coach, club director, and official.  Goodwin is the State Supervisor of Officials for the Tennessee Secondary School Athletic Association (TSSAA), and has nine associations and 14 assigners in the state.  She also coordinates the officials for the TSSAA State Volleyball Tournament and is the assigner for the Chattanooga Area Volleyball Officials Association with her daughter, Courtney Stuman. Goodwin is a Board Chair for the Southeastern Collegiate Officials Board, an affiliate of the Professional Association of Volleyball Officials/NCAA.  She is a member of NAIA and NCAA and still officiates at the collegiate level.  Additionally, Goodwin referees USA Volleyball for the Southern Region, an affiliate of USA Volleyball. She is an assistant coach to her daughter for the C4 Volleyball Club, a member of the Southern Region of USA Volleyball, being privileged to coach two of her granddaughters; she formerly coached them at the local YMCA.  Goodwin serves on the Board of Directors for the Cleveland Bradley Teachers Federal Credit Union and the Greater Chattanooga Sports Hall of Fame.  She is an active member of First Baptist Church in Cleveland.  She has two children and four grandchildren and resides in Cleveland, Tennessee. 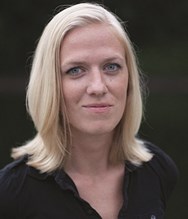 Andrea Osters, Section 4, joined the Michigan High School Athletic Association (MHSAA) staff in 2005.  As an Assistant Director, Osters currently handles interstate sanctioning, and manages the sports of girls volleyball, boys and girls swimming and diving, and girls softball.  She has worked extensively with student leadership programs in Michigan as a coordinator and planner of the MHSAA’s Captain’s Clinic series and other student leadership programs and launched the “Officials for Kids” statewide fundraising initiative. Osters has presented multiple times at NFHS annual meetings on her work as a nationally-recognized leader in state high school sports association social media. She is also a member of the Leadership Council of the NFHS Network, the national digital broadcasting initiative of the National Federation of State High School Associations. 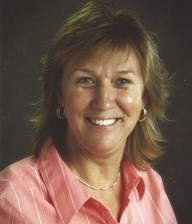 Jo Auch, Section 5, is an Assistant Executive Director for the South Dakota High School Activities Association (SDHSAA).  She has held that position since 2008 and is currently the administrator for girls volleyball, competitive cheer, competitive dance, boys and girls tennis, boys and girls basketball, girls gymnastics and sideline cheer.  Auch’s responsibilities as an Assistant Executive Director also include the licensing, supervision and training programs for officials.  Before her time at the SDHSAA office, Auch was an educator and athletic director. During her time in education, she coached high school volleyball, basketball and track and field.  Auch also officiated high school basketball and volleyball prior to taking the position in the South Dakota office. 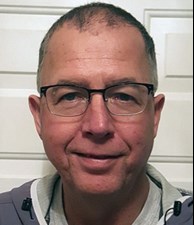 Mike Krause, NFHS Coaches Association, graduated in 1978 from East Stroudsburg State College (now East Stroudsburg University) in East Stroudsburg, PA with a BS in Health and Physical Education.  Krause played on the Men's Volleyball team for all four seasons.   After graduating, he returned to the Lehigh Valley where he initiated the first volleyball camp and coached at the middle, high school and collegiate levels with an intent to enhance the level of volleyball in the area.  Krause is a regular member of the coaching staff at Volleyball Express Volleyball Camps under the direction of Penn State Head Coach Russ Rose.  He stepped away from volleyball after his daughters Taylor and Kristin were born and returned to coaching at Parkland High School in 2004.  Krause built the program that now has appeared in the PIAA State Championships in four of the past five seasons winning three State titles.  His athletes have been recognized multiple times as All Americans and Krause's teams have won every regular season best of five matchplay competition since 2010, winning 114 consecutive matches.  Krause is a member of the Pennsylvania Volleyball Coaches Hall of Fame and was recognized as the Pennsylvania NFHS Coach of the Year in 2012.  He also contributes to Pennsylvania Volleyball as color analyst for the PIAA State Championships in boys and girls volleyball calling over 50 State Championship matches.   Krause is married to his favorite volleyball consultant, Jill (Penn State University '83) and their two daughters are members of the Penn State Women's Volleyball team.  Krause is a Health and Physical Education Teacher at Northwestern Lehigh Middle School, New Tripoli, PA.   Krause also coached club for East Coast Power.

The 2017 Volleyball Committee Meeting will take place January 8-10 in Indianapolis, IN.

Lindsey Atkinson is a coordinator of sports and tennis liaison for the NFHS.