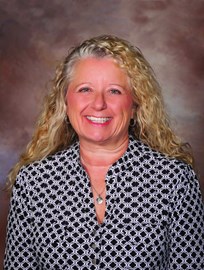 The NFHS is pleased to welcome Denise Ainsworth as the new chair of the Volleyball Rules Committee.

Ainsworth represented section three on the NFHS Volleyball Rules Committee in 2016 and assumed the role as chair this past July.  Ainsworth is an Assistant Director for the Alabama High School Athletic Association (AHSAA). Her responsibilities with the AHSAA are diverse and include tennis, volleyball, bowling, Unified Sports and adaptive sports championship events, volleyball super-regional and state tournaments, as well as all banquets, the IDEALS Student Leadership Program, coaching mini-clinics and the Summer Conference. In addition to these responsibilities, Ainsworth also directs the professional development courses for the state through the National Interscholastic Athletic Administrators Association (NIAAA).

Ainsworth has over 30 years of experience as a former athletic director, volleyball coach, and softball coach.  She had an extremely successful volleyball coaching career for 15 years as her teams won back-to-back state championships in 2002 and 2003. In addition to her success in volleyball, Ainsworth achieved even greater success as a softball coach for 21 years, during which her teams won seven state championships and finished as the runner-up three times.

Ainsworth was the first-ever female president of the state of Alabama High School Coaches and Athletic Directors Association. She was inducted into the Alabama High School Hall of Fame in March 2013. Ainsworth earned her Bachelor of Science degree from the University of North Alabama and a Master of Science degree from the University of Southern Mississippi. She has been married to her husband, Ralph, for over 30 years and they have two daughters, Carlie and Audrey.

NFHS rules writing committees consist of experts in the given sport and each are nominated by state associations, as is the chair person who guides the members through their work.  Each committee member represents one of the eight sections as divided by the NFHS By-laws.  To allow for equal representation, there is also a member of the NFHS Coaches Associations and the NFHS Officials Association on the committee.  Each committee member serves a four-year term.

Lindsey Atkinson is a coordinator of sports, a member of the inclusion staff and the tennis liaison for the NFHS.