High school nicknames often pay homage to something significant from the school’s community – commonly a person, group of people, environment or animal. However, at Hickman High School in Columbia, Missouri, it was an inscription that linked the Kewpie to the school’s athletics. In 1914, “Keep Smiling” was written as a dedication to the school’s basketball team in The Cresset, the high school’s yearbook. Then, in 1969, Hickman’s football team was losing badly, and the announcer said in spite of losing, the players were smiling like Kewpies. So what is a Kewpie?

A Kewpie is a naked smiling baby created in 1909 by Rose O’Neill, an Ozark, Missouri, resident, as a comic strip character and later turned into paper dolls and figurines. The Kewpie was first printed in Ladies’ Home Journal in December 1909. O’Neill described the Kewpie characters as little round fairies whose objective is to teach people to be merry and kind at the same time. At one point in the school’s history, the student section at athletic events was dubbed “The Diaper Heads,” but that name has since been disallowed.

*Some information in this article was obtained from the Hickman High School’s Student Handbook.

*If you know of a school with an unusual nickname and want it to appear in High School Today, please submit your information to Bruce Howard at bhoward@nfhs.org. 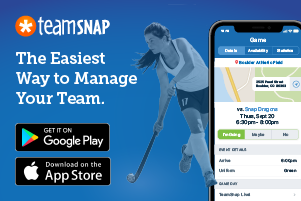