Sports Fundraising and Gender Equity: Clearing Up the Confusion

The topic of gender equity as it relates to Title IX has been precarious at best primarily due to its misinterpretation. Even though Title IX legislation has existed for 40 years, it is amazing that confusion still exists with respect to gender equity.

The origin of this misinterpretation may start with an understanding of the words equity and equality. Equity involves fairness and impartiality in which people are treated justly. Equality, on the other hand, involves equal quantities. For example, if you have $500 and you split it evenly so that one person gets $250 and the other gets $250, this is equality. Each person is getting equal amounts of money.

Title IX legislation, however, does not require male and female fundraising or budgets to match equally dollar for dollar. Rather, it means that the quality of fairness and impartiality must be carried out justly. It is impossible to have equal spending on male and female athletic programs based on the dynamics of the sport as well as the equipment needed to operate. As such, equity is the intent of Title IX as it pertains to sports fundraising and finances. 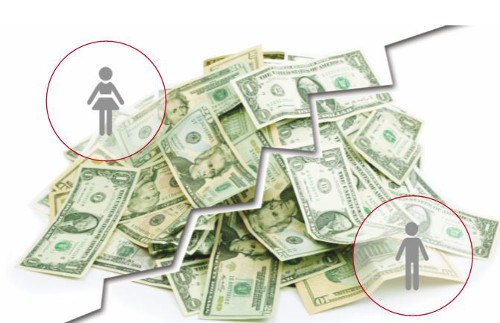 Both teams, however, should receive comparable items in terms of quality. If this occurs, both genders are being treated fairly even though more money was spent on the uniforms for boys. Consequently, if the boys basketball team chooses to purchase uniforms from one of the top manufacturers, then the girls basketball team must be provided uniforms of “comparable quality.”

When a school accepts money from outside sources such as booster groups, corporate sponsors or even private contributions from alumni, the overall amount of money raised and the source of the funds is not relevant. What is important is if the money from these private sources creates an obvious and flagrant discrepancy and appears that the athletes of one gender are treated unfairly and as inferior, then a Title IX violation is likely.

If this occurs, the school has the legal duty to correct the possible disparity between the boys and girls athletic programs. This is a tough topic for many to comprehend and it takes sustained education of all stakeholders.

While it is common for people to want to support individual programs in which they have an interest, educating these individuals about the mission of an athletic program from a holistic perspective is more important. Moreover, individuals interested in supporting a school’s programs need to know that booster monies and donations very definitely fall within the purview of Title IX.

Therefore, when an athletic director is placed in an awkward position due to the requests from stakeholders of the school’s athletic programs, there are three key tips to help facilitate a reasonable solution.

1. Advise the stakeholder of the intent of Title IX law and urge the individual to permit the gift to be used in a nondiscriminatory fashion that benefits both genders.
2. Create a policy where all outside donations are deposited into a unified athletic fund for all teams instead of those funds being given directly to a specific team of one gender.
3. Accept the gift and negotiate with the stakeholder a plan to publicize a challenge or matching gift to the community at large.

In the first tip above, the objective is to create a “win-win situation” so that donors not only feel good about supporting the area/team in which they have a specific interest, but also supporting athletics holistically. As such, this requires continuous education. While it could be a difficult to persuade a baseball alumnus that his gift should support both the baseball and softball teams, it is a necessary conversation because of Title IX.

With regard to a unified athletic fund, there are many resources that clearly indicate that this is a “best practice” in promoting and instituting equity. Therefore, it may take years before a unified athletic fund is fully integrated. However, moving in this direction ultimately reinforces the mission, goals and objectives which, in the long term, benefits everyone involved in athletics.

A “challenge” gift is one that serves as an unconditional gift (not dependent on the gifts of other supporters) to support a sport organization with a simultaneous challenge for prospective donors to support to the same sport organization. For example, if Michael Millionaire pledges to donate $5,000 for the XYZ High School athletic program, Michael then challenges his friends and colleagues to join him.

A “matching” gift is fundamentally different because it is a conditional gift (dependent on the gifts of other supporters) either for a specific project or during a specified period of time. In this instance, Michael Millionaire wants his matching gift to encourage others to join him in support of the athletic program during the next 30 days. Michael will match dollar for dollar up to his $5,000 offer/pledge. Therefore, in that 30-day timeframe, gifts can potentially be doubled. If these tips cannot be reasonably accommodated, it’s the legal duty of the school to remedy the disparity from its own funds.

It is extremely important that all constituents of the athletic program understand and appreciate what gender equity actually means. There are a variety of challenges and issues relative to gender equity in athletics that go beyond fundraising and finances. However, by having a clearer understanding of the differences between equity and equality, hopefully there will be fewer misinterpretations of the law. As a result, there will be support for quality programs for both boys and girls.

David J. Kelley, Ph.D., CAA, is an assistant professor in the sport administration program at the University of Cincinnati. He has raised funds and secured grants to improve the sports programs under his supervision, and he has published articles on sports fundraising, sponsorships and curriculum development. In April 2012, Kelley published the book: Sports Fundraising: Dynamic Methods for Schools, Universities and Youth Organizations.