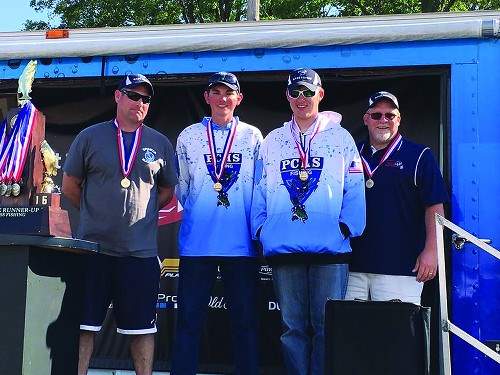 Establishing a Unified sports program can be a difficult, yet rewarding, task for any school. It can be even more challenging for a school with limited enrollment.

The uncertainty of sustaining a Unified sports program at a small school is certainly one of the drawbacks. However, Pinckneyville (Illinois) Community High School and its student body of fewer than 430 students hasn’t let that stop from them from moving forward.

Pinckneyville Superintendent Keith Hagene knew he needed to get one of his twin sons involved in his school’s community, while the other captained the football team.

Two years ago when the school withdrew from a tri-county special education co-op, it opened that door. From Special Olympics competitions to organized competition during lunch breaks, Hagene said getting all his students under one roof helped his traditional students learn to help others.

“We always try to teach our kids that they have to adapt to the world around them, but we also have to teach those without special needs to find ways to help those people adapt and maybe adapt the situations to them in order for them to succeed,” he said.

Born with development co-ordination disorder (dyspraxia), in addition to his autism spectrum disorder (ASD), Jacob Hagene was unable to participate in traditional athletic competition. His passion for fishing, though, met opportunity in 2011 as a freshman. That’s when his dad stepped up, purchased a boat, and launched not only Jacob’s bass fishing endeavor, but what’s become Pinckneyville’s championship-caliber Unified bass fishing program. 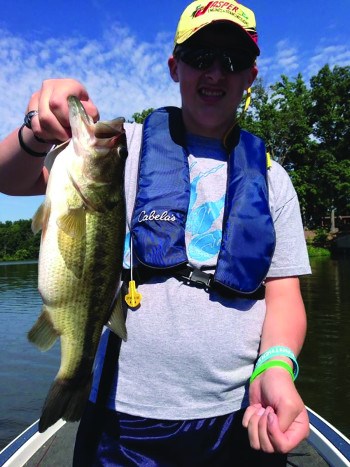 With the help of special education teacher and avid bass fisherman Will Weatherford and his peer partner Grant Thompson, Jacob worked his way up the team’s ranks. Before too long, Keith’s purchase was obsolete as Jacob’s performance had him fishing on the team’s boats.

Requiring constant nurturing and moral support, Keith said the constant grind of bass fishing speaks volumes of those in the peer partner role. In two days of competition, teammates will spend more than 16 hours on a lake together. Keith added the voicing of optimism in having a successful outing is where a peer partner’s role is vital.

Inter-club tournaments set the tone during the summer for Pinckneyville, when students compete head-to-head at four different lakes in the region. The results of those tournaments determine the team’s top six anglers for the Illinois High School Association tournament.

“The cool thing with Jacob was once he figured out his stamina, and learned how to fish six to eight hours through, he learned that of the 18-20 students on the team, he ranked right around seventh or eighth,” Keith said. “He was putting pressure on those other guys. He’s very unorthodox and clumsy, but he can catch a bass.”

Two years ago, the IHSA carried out a pilot Unified state bass fishing tournament within the standard state tournament; last year, the IHSA expanded the tournament. Featuring eight Unified boats consisting of a Special Olympics participants and their peer partners, Jacob and Grant emerged the champions.

“What we’re trying to do is make our smaller schools aware of the partnership we have with Special Olympics,” said Kurt Gibson, IHSA Associate Executive Director. “Special Olympics of Illinois has really agreed to do the heavy lifting if schools will contact them. So what we’re in the process of doing is getting contact out to our schools to let them know about these programs and how to get involved with them. The first step then involves the schools seeing the opportunity to get students more involved, not only within their special education population, but within their regular-education students to see what a Unified program looks like and means.”

The IHSA is in its third year of hosting Unified sports competition. This winter, coinciding with the boys basketball state tournament, the IHSA is running a Unified basketball event, according to Gibson. The next plan is to offer a fall sport, Gibson said, in hopes that a foundation can be set to offer other programs throughout the school year. 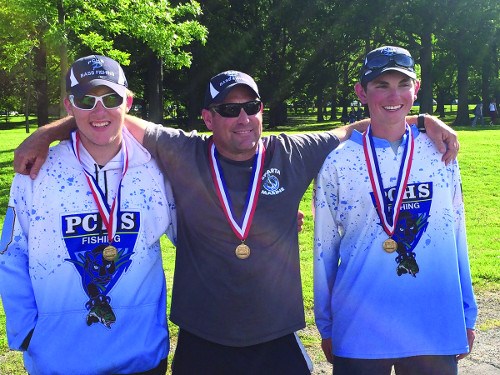 After helping Pinckneyville capture the state bass fishing tournament title, Jacob graduated as a super senior, just shy of his 22nd birthday. He, along with several other seniors, departed, paving the way for the team’s 15 current students, five of whom plan to keep the Unified program angling for continued success.