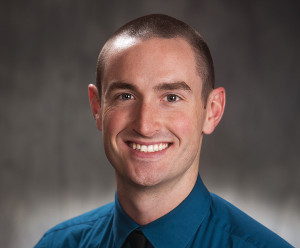 Shane Monaghan, who has served in various roles on the National Federation of State High School Associations (NFHS) staff since 2011, has been named assistant director of marketing and events.

After beginning his career at the NFHS in 2011 as an intern in the publications/communications and events departments, Monaghan joined the staff in 2012 as a graphic arts technician/editorial assistant and served in that position for two years. He was a writer for High School Today magazine, editor of the Court and Field Diagram Guide and revised rules publications in the organization’s prepress department.

Since 2014, Monaghan has served in the marketing and events department as a development coordinator (2014-17) and manager of marketing and events (2017-19) before his recent promotion. Among other events, Monaghan coordinates the organization’s three major meetings each year – the NFHS Summer Meeting, NFHS Winter Meeting and the National Athletic Directors Conference cosponsored by the NFHS and the National Interscholastic Athletic Administrators Association (NIAAA).

On the marketing side, Monaghan works with the 23 corporate partners of the NFHS, handles advertising for all NFHS publications and oversees the NFHS Authenticating Mark Program. During his three years as development coordinator, he was responsible for the AD Conference Exhibit Show.

Monaghan is a graduate of Indianapolis (Indiana) Ben Davis High School, and he earned his bachelor’s degree in sports administration from Ball State University in Muncie, Indiana.