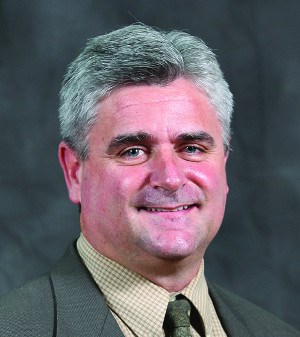 “It is an honor to be selected as the new Executive Director and I am excited to continue serving side by side with the entire CIF family who works so relentlessly to provide opportunities for our students to participate in education-based athletics,” said Nocetti. “I also join the entire organization in thanking Roger for his 43 years of service to secondary education in California. He worked tirelessly on behalf of our member schools and their student-athletes and we wish him and his wife, Karen, the best in their retirement years.”

The CIF Executive Committee began the search for the new candidate in March after Blake announced his intent to retire at the end of the 2018-19 school year. Nocetti was recommended following the conclusion of the selection process and will be ratified at the June 2019 Executive Committee Meeting.

“Ron Nocetti’s dedication to education-based athletics in California is an example for all involved,” said CIF State President James Perry. “We are excited to work with Ron in continuing the CIF mission to engage the 1,606 CIF-member schools in an effort to provide positive opportunities for all our student-athletes.”

Blake adds, “There is not a more qualified person for this job than Ron Nocetti. He is well prepared and will do an outstanding job. I’m retiring from the CIF knowing that his leadership will only improve the experiences for the students and schools participating in education-based activities in California.”

Nocetti received his bachelor’s degree in economics, a master’s degree in sport management and a doctorate in educational leadership all from the University of San Francisco. He has been involved in education since 1991 as a teacher, coach, athletic director, and administrator. In 2008 he was hired by the CIF State Office as the Director of Championship Events, promoted to Senior Director and became the Associate Executive Director in 2012.