RED-S Shifts Focus to All Athletes With Disordered Eating 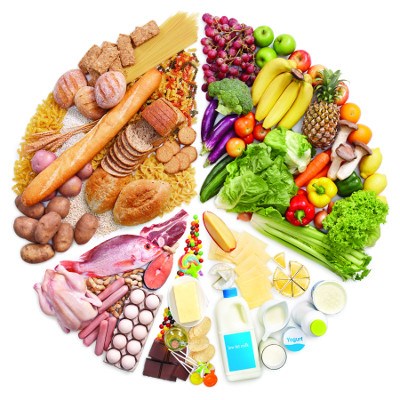 The Female Athletic Triad, first described almost 25 years ago, is a syndrome of energy deficiency with or without disordered eating, menstrual disturbances/amenorrhea and bone loss/osteoporosis. It was initially believed that the menstrual problems were secondary to “too much exercise.” However, research has shown that the underlying trigger is actually “too little energy (calorie) intake.”

If this issue is approached as an energy problem rather than solely a menstrual problem, what once was thought to be a female-only condition is now becoming increasingly prevalent among male athletes
and needs to be on the minds of sports medicine professionals as well as those coaching and monitoring interscholastic athletes.

Energy availability is defined as the amount of energy (calories) available after the calories used during exercise are subtracted from the calories we consume. In 2007, the American College of Sports Medicine
changed the concept of the Female Athlete Triad to Relative Energy Deficit in Sports (RED-S). This redefinition shifts the focus from female athletes with disordered eating to all athletes with chronic inadequate calorie intake.

In 2014, the International Olympic Committee updated the term Female Athlete Triad, as well, to RED-S. The purpose was twofold: to emphasize that the condition affects all athletes – not only females – and to redirect the focus to energy intake.

Due to energy deficiency in RED-S, normal body functioning is impaired and can affect metabolic rate, immunity, cardiovascular health, protein synthesis, menstrual function and bone health. Athletic performance including endurance, response to training, recovery, coordination, muscle strength, glycogen storage and cognitive function can be negatively affected by RED-S. Increased risk of injury and mood changes, such as irritability and depression, are also commonly associated with RED-S.

The new concept of energy deficiency in RED-S versus the old hypothesis of “too much exercise” for the Female Athlete Triad has led to newer approaches in management, as well as a great deal of continuing research by sports medicine professionals. Studies are continuing to look at the relationship between RED-S and iron deficiency, testosterone and estrogen deficiency, and stress fractures.

Much of the classic research findings in the Female Athlete Triad still hold true as RED-S is further studied. Sports and activities that emphasize body appearance and aesthetics (swimming, gymnastics, figure
skating, dance) or in which a low body weight is thought to contribute to success or improve endurance (distance running, wrestling) will see a greater proportion of athletes experiencing RED-S.

Given our appearance-driven society, all high school athletes should be considered at risk for RED-S. Young athletes who are often looking to improve their appearance or athletic performance can turn a desire
to “eat healthy” into food restriction and rigid (or yo-yo) dieting, which along with dietary supplements may create dangerous habits.

As research continues to compare the old theories with the new research, risk assessment and education are still the keys to preventing and recognizing RED-S. The best approach by parents and coaches is to educate young athletes on the energy demands of their sport and encourage healthy regular meals and snacks. Parents and coaches need to be aware of any sudden changes in mood, performance and/or weight loss.

Risk assessment has the potential to be challenging and may not be as transparent as hoped. Coaches and athletic trainers’ observations of athletic performance, endurance, response to training, coordination, muscle strength, concentration, cognitive function and injuries will be essential in recognizing when an athlete may be at risk for RED-S.

Athletes who are found to have RED-S will need a medical management plan that emphasizes a team approach. Physicians, dieticians and counselors will be essential in working with parents, coaches and athletic trainers. Appropriate reduction in training volume, new approaches to energy intakes, potential use of healthy caloric and nutritional supplements as well as ongoing assessment will be part of the medical plan. Athletes need to be educated on proven recovery strategies that stress the four “R’s”: rest, refuel, rehydrate and repair.

Jill Stobber, AT Ret, LAT, is athletic director at Waterford Union High School in Waterford, Wisconsin. She served 22 years as an athletic trainer; 12 years as a health, physical education and sports medicine educator; and is currently in her eighth year as an athletic administrator. She is a member of the Wisconsin Interscholastic Athletic Association Sports Advisory Committee, a Wisconsin Athletic Directors Association
district board representative and a member of the NFHS Sports Medicine Advisory Committee.