Pennsylvania Sportsmanship: ‘The Only Missing Piece is You’ 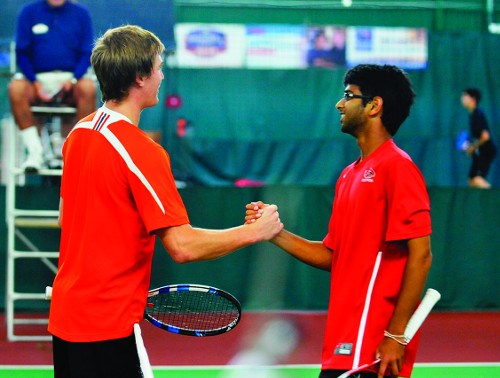 In most state associations, sportsmanship is an amalgamation of many different concepts – from citizenship and community service to enthusiastic cheer blocks and positive cheers. In some cases, there can be some missing pieces if schools don’t always make sportsmanship a priority. No state association knows this better than the Pennsylvania Interscholastic Athletic Association (PIAA), after its decision about 20 years ago that it was necessary to provide the framework for good sportsmanship and allow the schools and their students to complete the puzzle.

“We see annual benefits of those that promote sportsmanship in their schools,” said Mark Byers, PIAA Chief Operating Officer. “Unfortunately, for some of our schools, it may take a backseat and that’s where you have a higher incidence of disqualifications for things such as poor language or fighting.

“In our best schools, those types of actions aren’t tolerated and you just don’t see repeat offenders in those schools.”

The PIAA set up a steering committee to focus on sportsmanship and make recommendations to the PIAA Board of Directors. Fittingly, it named its new initiative “Sportsmanship: The Only Missing Piece Is You!”
“There was a thought at that time that we talked a lot about sportsmanship, but didn’t have anything to point to the ways we do something and we’re trying to make a difference in improving sportsmanship in our schools,” Byers said. “It was just in response to, unfortunately, the increase in bad acting at schools.

“I think by bringing it to the forefront, there were hopes that we could improve that.”

The framework that the PIAA provides is incorporated into a section of the PIAA Handbook and includes resources like sample letters schools can share with their booster clubs and coaches, public-address
announcements to be read at all events hosted by schools and guidelines for acceptable behavior.

Byers said the handbook is also where schools can find the criteria they must adhere to in order to be eligible for the PIAA sportsmanship award. The ultimate decision of which school(s) wins the award is left up to the 12 districts in the state, as is the choice of when to present the award.

“Some districts may identify a single senior high school and a single junior high school as a sportsmanship winner; others recognize multiple winners that meet their criteria on an annual basis,” Byers said. “They’re recognized at a time that that district deems appropriate. For some of them, that may be at a championship event or at an annual meeting in front of their peers.”

Award winners receive a banner for their gym, a commemorative Lucite block and a resolution from the PIAA Board of Directors. Byers said the sportsmanship award tends to correlate with success in other aspects of athletics as well.

“Some of those very schools are also winners that we see at the end of the year when we’re handing out championship trophies,” Byers said. “I don’t think you can say that the sportsmanship banner just hangs in those gyms that are successful on the field or on the court. 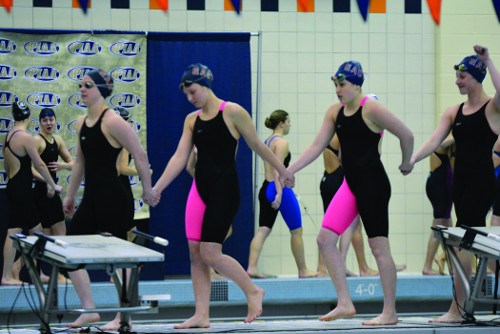 “They can be one and the same. Those banners can be right beside the championship banners hanging in the school as well.”

In recent years, the PIAA sportsmanship program has been sponsored by KIND, a food snacks company. Each school that earns a sportsmanship award from the state association also receives a packet of materials and signage as part of the company’s Play KIND program.

“We’ve been fortunate enough that the schools that have been identified as PIAA winners, KIND then follows up with each of them,” Byers said. “Not only to share some of their complementary product, but also to recognize those communities and offer those additional materials in support of their selections.”

Byers said he’s most impressed by the schools that hold sportsmanship in the same esteem as winning records and championships.

“I’m most proud of schools that realize that athletics are an extension of the classroom and the same things that we expect of students when they’re sitting in the classroom should be the same expectations that we have when they’re competing on behalf of their schools and communities,” Byers said. “Those that have embraced it have model programs and that’s what I think we can be most proud of moving forward.”
While moving forward, Byers also said the PIAA doesn’t have any immediate changes to the program, but it is always looking for ways to fit more missing pieces into the puzzle.

“I don’t think this issue of sportsmanship is something that is going to go away,” Byers said. “It’s what make us unique in the high school model and how we differ from the club situation in that we’re also looking to make model citizens.

“I think there will be changes in the future that will allow that program to remain relevant and hopefully we’re talking about it another 20 years from now.”