Pennsylvania Schools Learn How to Address Change Through Merger

One of the realities of life is that change is inevitable. The question then becomes, “How are we going to embrace that change?”

Tradition can become a big part of high school athletic and activity programs. A community looks forward to the time-honored football rivalry with the school in a neighboring town, or a band from one school may seek to turn in its best performance against its rival from an adjacent community.

In many cases, rivalries are halted when re-districting occurs and schools no longer are in the same conference. But a challenge of a different manner occurs when rival schools are merged and the two rival teams are now one. 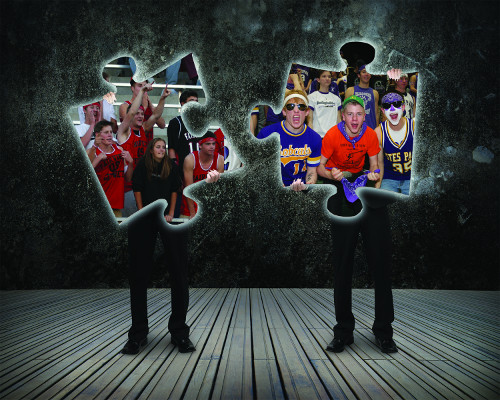 Merging of schools is nothing new for residents of ASD. From a high of seven schools in 1978, mergers reduced that number to four schools in 2012, three last year and two for the 2015-16 school year. Ford City and Kittanning have a long rivalry full of history and tradition. Although these schools were consolidated once before (1990-91 and 1991-92 school), the consolidation is different this time since students will be moving into a brand new, state-of-the art facility. This building, centrally located between the two towns, offers a fresh start for the students, the staff and the communities.

AJSHS will serve as a stabilizing factor for the communities in which its students live. These communities have experienced numerous economic changes, such as the closure of major industries (e.g., PPG and Eljer). Furthermore, the population in Armstrong County has declined each of the past three decades. Some of the students who will move to AJSHS have previously experienced a change in their educational placement when Elderton High School closed, reopened and closed again through the 2009-2012 school years. For these students – and everyone involved with this new start – the move to AJSHS represents unification of not only student populations but of the communities.

With the school as a focal point, the communities will be unified under common academic, social and athletic goals. Academically, students will have exposure to new perspectives from new classmates and teachers. Students will also have access to state-of-the-art equipment in science labs and in technical courses. For example, Communications Systems students will have access to a 3-D printer and a laser engraver. Exposure to new teachers will allow students to benefit from the experiences and knowledge of those teachers with whom the students may not have otherwise interacted. Socially, students will have new peers, exposure to new perspectives, greater diversity, more or new extracurricular activities, and additional athletic options.

Athletically, students will have access to several sports that are presently available through only one of the schools. For example, Ford City High School does not have a wrestling team but Kittanning does, and Ford City High School offers boys volleyball whereas Kittanning does not. Athletic teams will also compete in higher classes due to higher student enrollment.

Ford City and Kittanning have long been athletic rivals, and the annual Ford City-Kittanning matches in all sports were always highly anticipated. However, these two rivals will now join forces to form the AJSHS Riverhawks. This new alliance of athletic teams will be another unifying factor for the communities.

For example, while the two merging schools are in the same district, they function and operate differently with regard to administration styles, “cultural flags” such as who sits where at lunch, who collects for gifts, and other norms and rituals, different protocols/procedures, and more. AJSHS administrators will work to mobilize the combined staffs to address these differences and establish unity among all groups.

Moreover, administrators will work to lead AJSHS toward a sustainable future by making sure that students and staff work together in a new way. Voices of judgment (open mind), voices of cynicism (open heart) and voices of fear (open will) will need to be suspended in order for students and staff to embody and embrace this new and exciting venture.

With strong leadership at the helm, the opening year of AJSHS will be an exciting time for the students, staff and communities. The enhanced social, academic and athletic offerings will afford students opportunities that were previously out of reach. Exposure to new staff will afford students chances at knowledge and experiences that they otherwise may not have had. The communities will have a centrally located, beautiful, state-of-the-art facility that can host cultural, athletic and performing arts events. AJSHS will serve as a source of pride for the communities in which its students live for many years, and students will find a renewed sense of school and community pride.