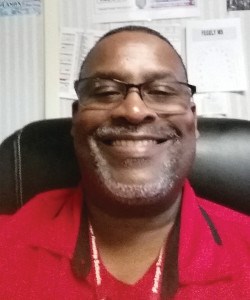 “The best way to find yourself is to lose yourself in the service of others.” –Mahatma Gandhi

Fred Greene has been lost in service since he was a young boy watching his parents mentor young men and women in their community of Fort Wayne, Indiana. He watched them open their home to the boys and girls of the neighborhood and even adopt a child who was dropped off at their home with no return from the child’s mother. Greene remembers, “Growing up, our house was the neighborhood kids’ house. My parents
were involved in the church and in the community.” It was this example of ultimate community investment and selflessness that led Greene to a life dedicated to the service of others.

As a young man, Greene was an accomplished two-sport high school athlete. “[Wrestling and football], for one, sent me home good and tired. I guess I was squirrelly. Two, they allowed me to find my niche. As a bigger kid, [sports] helped me find my place, find something to do.” Greene pursued sports as he continued to excel on the mat and especially on the football field despite his mother’s desire for Greene to join the debate team. It was the social aspect that sports provided that edged out the debate team.

“For me it was good for typical high school social life. It helped me find my place and fit in,” Greene said. Sports served a purpose in Greene’s life and provided an outlet for his unbridled energy – and it helped him find himself socially in high school.

Like sports, Greene’s military service also served a purpose in his life. When his friends were going off to college, Greene admits, “If I had to do it over again. I would have gone into the service first and complained that I wish I were in college, but I needed to grow up. The Marines helped me grow up, complete tasks, prioritize and get up in the morning. The service helped groom me and prepare me for college and learn leadership, collaboration and teamwork, which are all skills I still draw from even now.”

Greene’s purpose-driven choices to compete in high school sports and join the Marines were slowly grooming him to follow in his parents’ footsteps of service through mentorship. 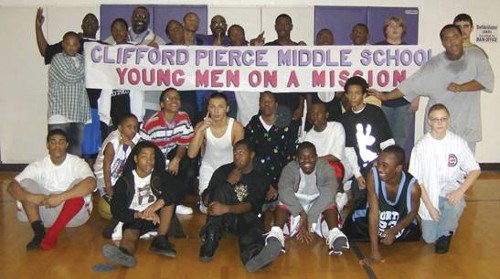 Wabash College (Indiana) provided Greene with the opportunity to play football and pursue the education that he thought would lead him to law school. His double major of English, and religion and philosophy was the direct result of reading a study that claimed successful law students majored in philosophy (third) and English (fifth) after physics (first) and math (second). Since math was not his strong suit, Greene said, “I thought choosing two majors in the top five would give me an advantage.”

It turned out not to be his majors, but his experience in a mentoring program on the campus of Wabash that really impacted his life. Greene found that mentoring young men at Crispus Attucks High School in the Indianapolis Public School System was not only an activity in which he excelled, but found fulfilling as well.

“I had a job I only liked when I got paid; other than that I hated what I did. What I was doing with mentoring at Wabash and at church was fulfilling and felt more enjoyable,” Greene said. In that moment, Greene decided to pursue what came most natural to him – service to others through leadership and community involvement.

As a pastor, Greene began to volunteer in the Merrillville (Indiana) Schools and coach football. His passion continued to grow for both education and mentorship. It was his obvious love for teaching and coaching that led Greene to pursue his teaching license.

While teaching English at Pierce Middle School in Merrillville, Greene founded “Young Men on a Mission.” “The goal was for that to be a rite of passage for young boys and a way for them to learn some life lessons and skills needed to succeed,” Greene said.

What it became was much bigger.

What Greene identified and worked to break was what he calls the “middle-class code,” which, as defined by Greene, is the “code by which those in the middle class abide by through their common understanding of socially acceptable norms,” or as Greene stated, “it is assumed that everyone just knows.”

Young Men on a Mission aims to break down the walls created by this code by education through shared experiences. Activities were planned to expose these young men to the middle-class code like procedures surrounding four-course meals.

“They made invitations, learned how to RSVP, how to use the utensils and all that goes into a dinner party,” Greene said. “They learned Roberts Rules of Order and Parliamentary Procedure.” Greene said these basic skills provided lifelong lessons for these young men, thus enabling them to break down the barriers created by the middle-class code. 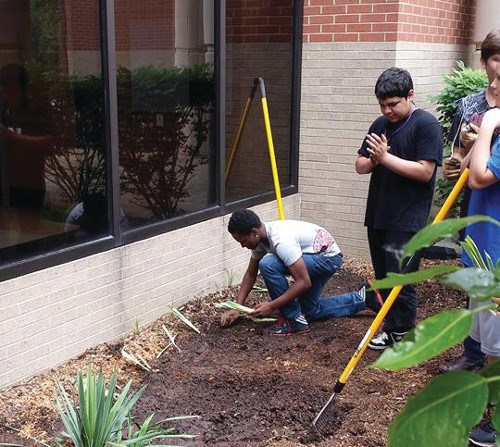 Ownership of events like Family Fun Night empowered these young men and their families. “Parents were watching their sons run stations and take tickets, and it changed the parent-child relationship.” Greene said the visual evidence of the social development of these young men through access to ownership impacted how parents approached their sons at home.

“Character development is so very, very important. [Schools] must find a balance. With the advent of reality TV and the proliferation of social media, character has to be just as important as the three R’s. We need to spend just as much time,” Greene says.

Today, Greene is an assistant principal at Fegley Middle School in Portage, Indiana. His career in service as a pastor, teacher, coach and school administrator has a series of overlapping skills, including planning, organizing, communication and his involvement with parents, students and the community.

It is with these skills that Greene gets lost in service to others and finds himself as a result. “I love what I do,” Greene said. “I hope that everyone finds as much enjoyment in what they do as I do.”

Lindsey Atkinson is director of sports/communications associate at the National Federation of State High School Associations.