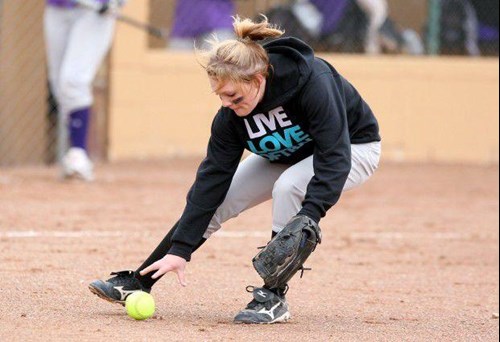 From the Casper Star Tribune:

As sanctioned high school fast-pitch softball further approaches the plate of reality in Wyoming, surrounding governing bodies are curious as to what will happen.

The big push for sanctioning softball happened, at least in part, last fall with the Arizona Suncats, a club softball team in Arizona that led the charge on social media. National and local media caught wind of the push, school boards started to feel pressure and the dominoes started to fall.

Advocates pointed out that fast-pitch softball is the fifth-most popular sport nationally in terms of participation, with 367,861 girls competing, according to the National Federation of High Schools’ latest statistics (2017-18 academic year). Only Wyoming and South Dakota have yet to join the rest of the country. And as Wyoming shifts closer to joining the herd, so too does the only other holdout.

“We’ll be following it closely,” Executive Director of the South Dakota High School Activities Association Dr. Daniel Swartos told the Star-Tribune on Friday. “We’re just at the point where schools interested got together just the other day. We’re interested to see how it goes in Wyoming.”