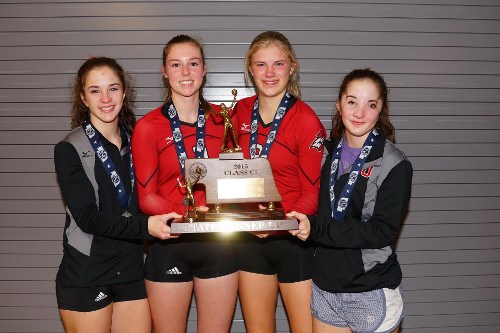 Ashley Carson, a 17-year-old junior at Ord (Nebraska) High School, has dealt with challenging circumstances that most adults don’t experience in an entire lifetime. Undaunted, she has demonstrated incredible drive and resolve to overcome those challenges and to become an exceptional athlete and student.

In recognition of her accomplishments and bravery, Carson has been selected the recipient of the 2016 National High School Spirit of Sport Award by the National Federation of State High School Associations (NFHS). She will receive her award June 29 at the NFHS Summer Meeting in Reno, Nevada.

Ashley and her twin sister Andrea were born six weeks premature. Due to a blockage of an artery while developing in the womb, Ashley was born with numerous facial deformities that included a cleft lip and palate, no left eye or left ear, and deformities to her nose and jaw structure. In short, she was born with little or no structural development on the left side of her face. 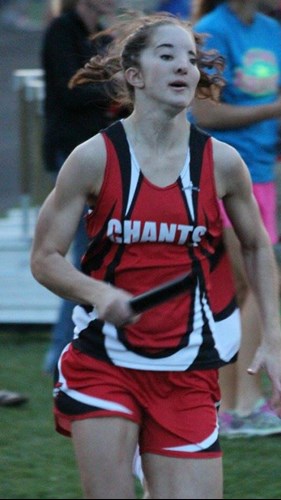 To date, Carson has been through eight surgeries – the first one at six months. She has had surgeries to close her palate, to repair her lip, to build up her nose to help with breathing, and to repair the eye socket for a glass eye — all to give structural repair and to improve cosmetic appearance.

“My inner strength and perseverance comes from all the support I am given,” Carson said. “Everyone in my life has encouraged me to not let me use my disadvantages as an excuse. I think this tough love is what formed my inner strength. The support that I have received from my small community of Ord has had a tremendous impact on my ability to overcome trying situations. It is easier to get through the tough times when you know your community has your back.”

Carson played an integral role on the highly successful Ord High School varsity volleyball team that finished the 2015 season as the Nebraska School Activities Association Class C1 state runner-up to Kearney Catholic High School – a team with which they split two matches earlier in the season. That state title match was determined by the narrowest possible margin with Kearney Catholic outscoring Ord, three sets to two. For the season, Carson collected 43 digs, 32 assists and 29 service aces for the 31-4 Chanticleers. 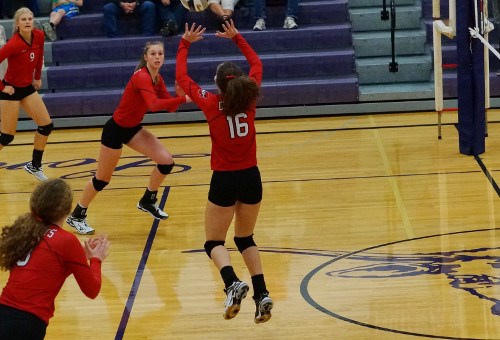 Ashley Carson (No. 16) is shown above setting up a shot.

"It was so amazing – I got to play with all my teammates, which is something that I’ll never forget,” Carson said. “Also, getting to play where the University of Nebraska women’s volleyball team plays (the Devaney Center) was really cool.”

In addition to her athletic accomplishments, Carson excels in the classroom with a 4.456 grade-point average, ranking third in her class of 57. She also has earned two academic letters and Academic Excellence Awards, and is a member of the National Honor Society.

Among her other activities, Carson served as class secretary and as class treasurer, and she currently is a member of the prom committee. In addition, Carson is involved with numerous community service projects through her Catholic Church Youth Group.

“Ashley is an awesome teammate, relentless worker and spitfire competitor, and has a strong passion for sports,” Alexander said. “I’ve never heard her complain or seen her feel sorry for herself. She knows about fear, pain and sacrifice on a much different level, while facing and recovering from so many surgeries. She excels because of these challenges and her spirit on the court is something every young athlete should aspire to achieve. She’s never used her disabilities as an excuse. Instead, she’s grown into one of the finest young women I’ve ever had the privilege to coach.”

During the school week, Ashley doesn’t have far to go to find her mother Kathy, who as the business manager of the Ord Public Schools is housed in the same building that teaches grades 7-12 Ord students.

“Ashley has been an inspiration to our family. She’s not one who needs the spotlight on her – she tries to make others better,” Kathy said. “I see how she would embody this award - she’s so humble about this.”

Ashley’s twin sister, Andrea, also plays volleyball for Ord High School. Their older sister, Nicki, is a junior volleyball player at the University of Nebraska-Omaha. Not surprisingly, the twins are together both on and off the court and share academic excellence.

“After watching some of the videos and reading the stories of others who had won this award, Ashley felt as though there were probably other candidates that deserved this more than she does,” Andrea said. “I think that proves how humble and non-deserving she thinks she is because she has overcome so much already. I have no doubt in my mind that she deserves this award and I am not very shocked that her story moved many people.”

“Ashley and I grew up together, and our families are close friends,” volleyball teammate Allie Welniak said. “I consider myself very lucky to not only have her as a friend, but also have had her as a teammate throughout high school. Growing up with her, I’ve never seen her show a sign of defeat. She has never let these struggles define who she is, and I know that she never will. That’s the kind of girl she is.”

“I believe Ashley brings a sense of accomplishment that our entire school can emulate,” said Ord High School Athletic Director Ron Bauer. “She is a great role model and a true testament as to what can be achieved through hard work, commitment and perseverance. She is a daily inspiration to us all.”

“Ashley is smart, positive, athletic, and overall my best friend,” volleyball teammate Cora Svoboda said. “Without Ashley, I would not have a person to confide in when I need help, I would not have someone to make me laugh when I feel down, and I would not have the kind of friend everyone hopes to have in their life. Ashley Carson handles life like she handles a volleyball – perfectly.” 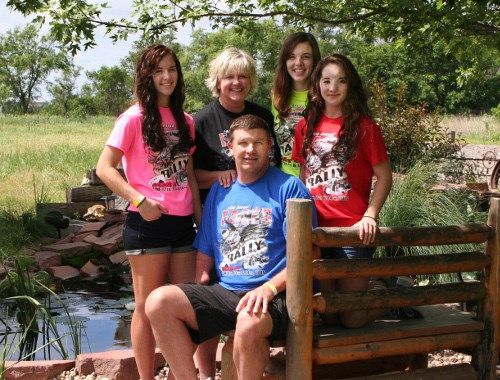 Nominations for this award were generated through NFHS member state associations and reviewed by the NFHS National High School Spirit of Sport Award Selection Committee composed of state association staff members. While the national winner will be recognized June 29 at the NFHS Summer Meeting in Reno, Nevada, the section winners will be recognized within their respective states and will receive awards before the end of the current school year.

The National High School Spirit of Sport Award was started in 2008. Including this year, nine individuals and three teams have been chosen national award recipients.

Officiating Courses Available for Free Through July 1 on the NFHS Le.