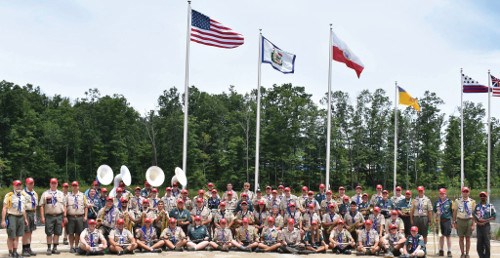 I had the pleasure of being a part of the adult staff of music educators working with the National Jamboree Band at the Boy Scouts of America National Scout Jamboree this summer at the Summit Bechtel Reserve in West Virginia.

Our staff directed a group of 73 young musicians from 29 states ranging from high school juniors to seniors in college – similar to most states’ honor groups. That group included a blind trumpet player from Maine, a trombone player who could not march due to arthritic knees and a high school vocalist who wanted to come and learn to play percussion.

During the course of our 14 days together, we held more than 40 hours of rehearsal, learned 38 pieces of music, and unloaded and reloaded our gear into a truck 17 times. Every day was filled with long hours, long hikes and the most amazing music-making I have ever experienced in 27 years of teaching.

We all know what “band kids” are like – enthusiastic, talented, interested, conscientious. You add those traits to a Boy Scout who is already trustworthy, helpful, friendly, courteous and kind, and you have one very unusual music group that re-affirmed our belief in young people and re-kindled our love for the pure joy of music.

The students were a pure joy to be with during those long days, not only because they were all great musicians, but because they shared a passion for music and then shared it with everyone they encountered. And even with our grueling schedule, they never complained, never seem to tire, never stopped connecting with each other and seemingly never stopped playing. Even during rehearsal breaks, one section or another would be teaching each other music licks, singing, practicing new tunes and simply enjoying being together.

The ever-changing programs, audiences, performance sites, weather and purpose made it all extremely challenging, wonderful and exhausting. Even the hour spent in rehearsal preparing Ruffles & Flourishes and Hail to the Chief that the President did not use for his visit and speech was time well-spent with some amazing young people. It was amazing just how well they came together in such a short time. 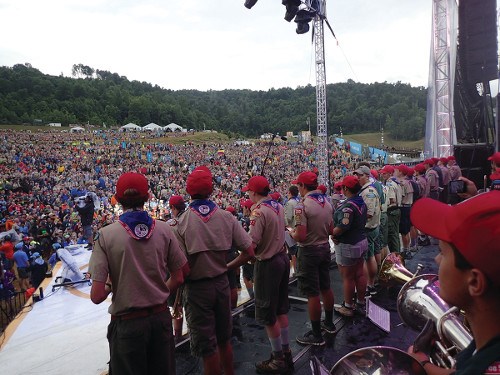 Through it all, our band continued to perform at a high level, putting their all into every performance, regardless of the location, the blazing sun, the poor acoustics or the size of the audience. And while they brought their love for music and their individual personalities with them, their skills were honed by their school music educators who had nurtured their interest, enhanced their talents, inspired their joy and supported them through years of band rehearsals, concerts, parades, sporting events and marching band. Without that effort by all of those gifted educators in communities across the country, none of what we enjoyed for those two weeks with these marvelous young musicians would have been possible. The power of music reached across state lines, city borders and four time zones to provide some of the highlights of our musical lives.

When an elementary music teacher teaches that beginner how to hold his or her instrument and play that first note, one cannot tell just how far that young person will go, maybe to West Virginia in 2021 to be a part of the best summer band anywhere. The National Jamboree is an event that every scout should attend at least once and one that every musician who proudly wears the scout uniform should consider attending as a member of the event’s band. Their elementary music teacher would be proud.