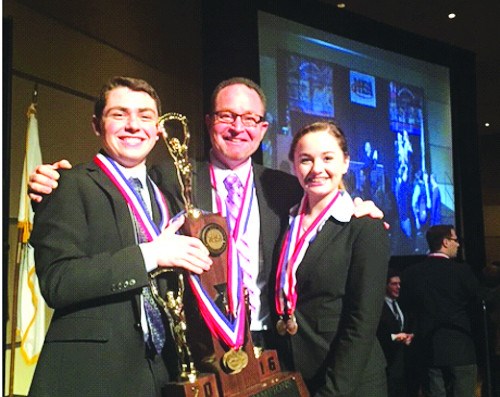 The Illinois speech community is no stranger to the name McDermott. Since 2012, Scott McDermott and his children, Jimmy and Molly, of Prospect High School in Mount Prospect, Illinois, have been a staple in state and national competitions. In February, however, the McDermott family experienced its ultimate accomplishment when Scott, who is an associate principal and volunteer assistant coach, helped coach his son and daughter to individual titles in the Illinois High School Association (IHSA) state speech championship.

“This was a completely surreal experience,” Scott said. “I got to experience success at many different levels on that day. You hope for the greatest things for your kids and you know sometimes it doesn’t always result in a complete championship; it just results in great experiences.”

Prospect High’s shining moment came as five varsity Knights collectively captured four individual state championships. Jimmy, a junior at Prospect, was competing in the state tournament for a third time and laid claim to the top prize in original oratory, while Molly, a sophomore, captured first place in humorous duet alongside her partner, Ben Marshall, during her first state tournament.

“I think the best thing that their relationship brings to the team is Scott is no easier on his own kids,” said coach Jonathan Kaminsky. “When the rest of the team sees the intensity and work ethic that Jimmy and Molly bring to the team, it creates an overall strong work ethic for everyone.”

The IHSA championship is a two-day event that can be pretty draining, according to Scott. Nevertheless, Scott said Jimmy’s experience showed through as he overcome previously being “that next kid before finals” when he reached the final round in both dramatic duet (third place) and original oratory.

“Jimmy’s not lacking for confidence,” Scott said. “This is something he’s so passionate about. He truly, truly loves the opportunity to get up and get a chance to talk to people.

“Winning the state championship was Jimmy’s goal since before high school. To see it happen was unexplainable. The fact that I then got to watch him do what he loves to do before the entire audience was priceless.” 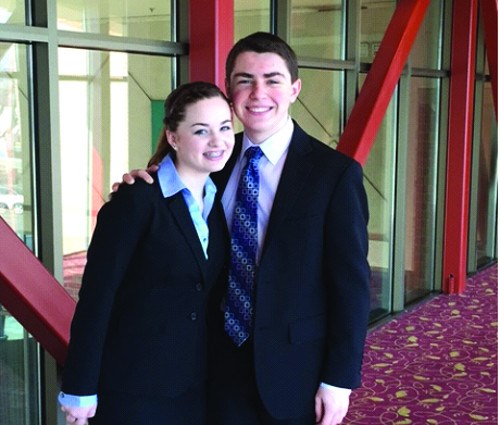 A victory in humorous duet and fifth-place finish in dramatic interp didn’t come without some adversity and early-round jitters for Molly, Scott said. Molly was in the process of recovering from October shoulder surgery when she separated her shoulder again while at school the week before the state tournament. Scott said he wasn’t sure if his daughter would be able to compete at the level she’s accustomed to. A big part of overcoming those circumstances was improved confidence, which came as she and Marshall advanced round to round.

“The greatest thing that comes from (speech competition) is the level of confidence,” Scott said. “Once you get into a room and can speak in front of people that you don’t know, that’s a skill that can go with you wherever you go. I’ve seen, especially in my daughter, the confidence increase significantly.”

Molly’s humorous duet event consisted of two performers, with each acting as only one character, who can use an optional two chairs and table to perform an eight-minute scene. Kaminsky said, “There’s a lot of work (Molly) does to get mentally prepared for each role she plays.”

In claiming the original oratory title, Jimmy recited a speech that he had researched and written in order to make the judges and audience “view things in a broader horizon,” according to Scott. Each of these events has an eight-minute time limit in IHSA competition and a 10-minute cap at nationals.

“One thing that Scott stresses more than anyone is it’s not about winning but about leaving an impact, and that’s not only what each of them did in their final rounds but in their performances on stage as well,” Kaminsky said. “They saw this as a great opportunity to share their message with a lot more people and really owned their moment.”

Growing up, the McDermott children often frequented tournaments with Scott, whose previous coaching stint brought two state titles to Glenview (Illinois) Glenbrook South High School (1994-2009). The lack of a middle school speech circuit didn’t present the McDermotts many opportunities until Jimmy discovered the National Junior Forensics League (NJFL) competition as a seventh-grader. Although Scott was unfamiliar with the league, he registered Jimmy, who in his first NJFL competition won the declamation event before duplicating that success as an eighth-grader.

Like their brother, Molly and younger sister Erin both gravitated toward declamation. As an eighth-grader in 2014, Molly placed second in the NJFL declamation competition, while Erin placed seventh in the event as an outgoing fifth-grader. Erin’s sixth-grade experience in the event was much improved as she took home first. 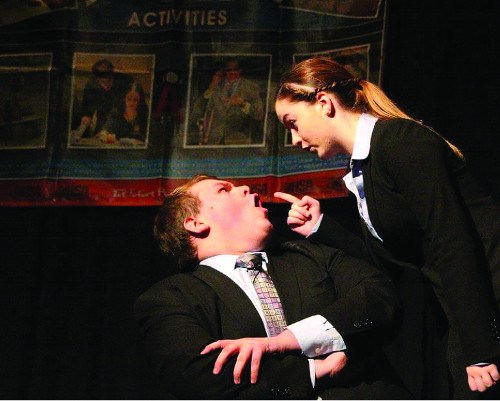 “I think the big joke in Illinois is these kids must go home and get speeched up nonstop. We don’t do any speech stuff at home,” Scott said. “We find the time at school just so we have that nice relationship at home and it’s not tied to any activity.”

Now that they carry so much experience, Scott said he believes his children are able to focus more on the opportunity, not the competition.

“My goal for any kid that I work with, whether they’re mine or not, is to just take this skill and refine it in a way that lets them know their voice is a powerful weapon and they can use it to make positive changes whenever it’s possible,” Scott said. “They should never be afraid to speak up and lend that great strength to other people.”