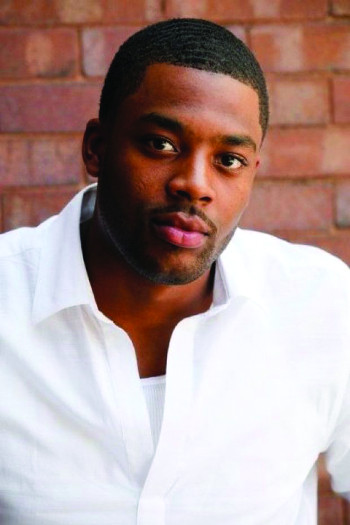 If you turn on the television on a Wednesday night this fall, you might just see LaRoyce Hawkins. The 27-year-old is in his first major acting role, and his career seems to just be getting started. A native of Harvey, Illinois, just south of Chicago, Hawkins has played Officer Kevin Atwater on NBC’s police drama Chicago P.D. for the last two seasons.

Hawkins, who attended Thornton Township High School in Harvey, originally played basketball for the Wildcats. However, he soon found his true passion, and got his start in acting by taking advantage of the state speech competitions offered by the Illinois High School Association. In the 2004-05 school year, Hawkins won the state championship for original comedy. As a senior the next year, Hawkins again placed first in the state, this time in humorous duet acting along with his partner, Marketta Wilder.

A 2012 graduate of Illinois State University with a degree in acting, Hawkins worked hard after high school to break into the acting scene. During his time in Normal, he would frequently drive back and forth to Chicago in hopes of landing small roles in movies, television shows or even commercials. In just his second semester, that hard work paid off as he was given a supporting role in The Express.

Although he took more than a year off to film, Hawkins returned to ISU to leave his impression on campus. Hawkins spent time hosting open mic nights, doing standup comedy and working with various student groups such as the Black Actors Guild. Soon after graduating, he was cast as Atwater, beginning his acting career in earnest.

In television, Hawkins has also had roles on MTV’s Underemployed, ABC’s Detroit 187, and TBS’ Tyler Perry’s House of Payne. He has even appeared on stage in various productions in Chicago.
Hawkins will reprise his role on Chicago P.D. this fall.