Most high school athletic directors and administrators would agree that their greatest challenge in hosting an event is not getting the facilities ready for a competition or preparing for hundreds or even thousands of spectators, but dealing with behavior issues and lack of sportsmanship during the game.

When sportsmanship is mentioned, images of a rowdy student section or a disrespectful student-athlete may come to mind, but the issue is bigger than that. Unfortunately, the bad behavior on display is often perpetrated by adults – the coaches leading the teams and the parents who have come to watch their kids compete. 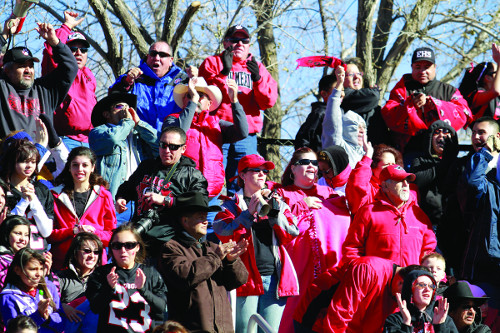 Handling student issues is admittedly an easier task for school personnel than addressing those issues caused by adults. Whether it is players on the team or fans in the bleachers, all student issues can be addressed by individuals – teachers and administrators – who know them well and are enforcing a code of conduct that students are required to follow.

Coaches can positively influence their players’ behavior by making their expectations or team rules clear at the beginning of the season and holding student-athletes accountable. Consequences for misbehavior might include benching for part or all of a game, suspension from team activities or removal from the team.

Likewise, athletic directors and administrators positively influence fan behavior by addressing expectations with students before they even make it to the stadium or the gym. Knowing where the line is and what the consequences are for crossing it certainly helps students to be fans and not fanatics. If students know the rules but don’t adhere to the standards that have been set, the consequences that are imposed at least seem fair since they received ample warning.

Dealing with behavior and sportsmanship issues with coaches and parents can be a bit more difficult, but it is essential to ensure that a culture of sportsmanship exists in your school. When confronted by an administrator, a student shouldn’t be able to say “what about Joey’s dad? He said the same thing I did and nothing’s happening to him.” Or an athlete who gets ejected for arguing with officials complains to the coach that “she didn’t do anything that the coach also didn’t do.”

If student-athletes on a team misbehave and demonstrate poor sportsmanship, it is most likely because their coach allows it and potentially engages in the same behavior himself. Coaches have to recognize that the young men and women they work with take their lead from them. If they want their players to show good sportsmanship, they have to model it for them.

Coaches must demonstrate through their words and their actions that they respect the other team. It’s easy to talk badly about a team that isn’t very talented, to tell players that “they should mop the floor with these guys” or use other insulting phrases. No matter what a team’s record is, it deserves respect. This respect begins with how the coach talks about the other team, but also extends to outward displays of sportsmanship such as shaking hands and post-game interviews with the media.

Modeling good sportsmanship also includes respecting the officials. Student-athletes think it’s acceptable to argue a call with a referee if they see their coach also doing it. While it is sometimes necessary to get clarification about a penalty or a foul, it ends there. Getting into a shouting match with an official never helps a situation and it sends a message to student-athletes that such behavior is acceptable. In addition, an arguing coach is sure to fire up that rowdy student section.

Although it is more challenging to deal with coaches than students, they must be held accountable for their actions if they do not represent the school in a positive light. If athletic directors and administrators stand idly by when a coach engages in inappropriate behavior, they are tacitly acknowledging that it is acceptable to behave in that manner.

Parent spectators can be the most difficult group to work with in an attempt to promote good sportsmanship, but it helps if schools and school personnel receive adequate support at the district level. Districts need to create a handbook for athletics or some other document that delineates the role of parents – what that role should be and should not be. Having the expectations spelled out very clearly helps reduce the questions about what may be allowed at a sporting event.

At the school level, promoting good sportsmanship with parents begins much like it does with students, that being sharing expectations at the beginning of each season. Athletic directors and administrators should not be afraid to address the issue directly and let parents know that poor sportsmanship ruins the experience for their kids and the rest of the spectators.

Athletic directors and other school administrators can take advantage of the great resources that are available to help present the situation in an entertaining, but educational format. Perhaps the most current useful information on this subject is the NFHS Sportsmanship Course, which is available online at www.NFHSLearn.com. School leaders can even engage booster clubs or parent-teacher organizations to help take a stand against their overzealous friends.

Unfortunately, the parents who are likely to cause problems at a sporting event probably aren’t checking out the website for tips about sportsmanship and they may not respond well to friendly reminders from other parents to act appropriately. It is important for athletic directors and administrators to remember that they can and should address any inappropriate behavior by parents and remove them from the event if necessary.

To create a culture where good sportsmanship is valued and celebrated, athletic directors and administrators must address the behavior of not just the students, but coaches and parents as well. High school athletic directors and school administrators may not be able to influence the behavior that students see at college or professional sporting events, but they can control their own high school stadiums and fields, and that’s a good start.

Nicholas Novak is the principal of River Hill High School in Clarksville, Maryland. 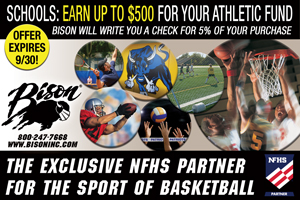