High School Athletics and the Effect on At-risk Students 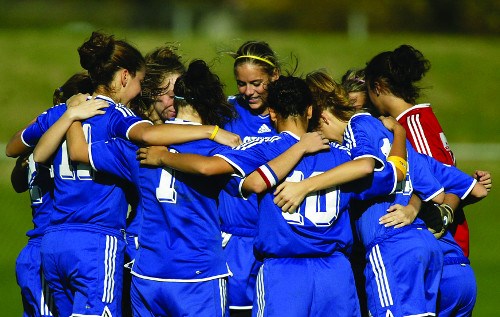 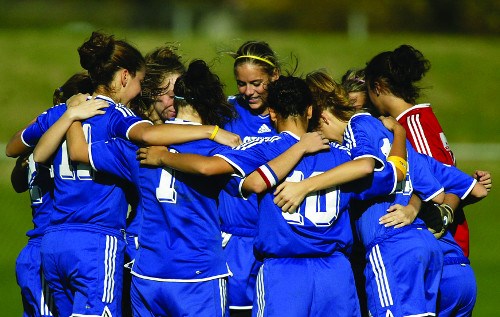 Dwayne is a 17-year-old junior with high hopes that football will finally make his mother proud. As a junior high school student, he was labeled by the school district as “at-risk” and as a result of discipline, attendance and grades, he repeated seventh grade. While he knew his grades were low and his attendance not the best, Dwayne felt that it was his appearance, the way he dressed and especially the way he scowled at everyone since his father had left, that intimidated his teachers and resulted in them not giving him a chance. His assistant principal saw a young man who was lost and about to become another dropout statistic.

As a freshman, Dwayne was encouraged by his physical education teacher to try out for the football team. At practice, Dwayne discovered that the anger he felt toward his father and his frustration in the classroom could be redirected, and he used it as motivation. As a junior, Dwayne earned all-state honors. He gained purpose and focus on the football field. While Dwayne’s football career ended in high school, the education he received propelled him to a better life.

Susan is a contradiction. She is a focused athlete who seeks help while in the classroom environment, but pursues a self-destructive path in her social life. While her family may look normal – mom is always working, and her stepdad is a truck driver who is always away for long periods of time and her boyfriend dropped out of school – basketball, her teammates and her coach are the only true support and stability she has in her life.

Now starting for the Dallas Cowboys at 5’8” and 150 pounds, with no high school or college football experience, is Alex …. OK, he says “if I can’t make the NFL, then I’ll be a mechanic or something like that.” Alex has spent four years in high school, but is still a sophomore. He is a dreamer, but sees no real future. The best part of the day is playing basketball during lunch, but time is running out. Alex is losing interest and sees no point in going to school. That is, until the basketball coach makes Alex the team manager. Now as part of a team, shooting an occasional free throw at practice and sitting at the end of the bench, he finds a purpose.

These three students were subjects in my dissertation. They attended the same high school, although at different times. All three students found their purpose by being a part of an athletic team and they each graduated from high school.

As I look back at my time as a high school principal, I have come to appreciate and realize that the most effective tool that I had for dealing with students considered at-risk was our after-school activities. These activities were the hook needed to keep those students in school. These activities not only provided each student with the ability to find a niche, they provided stability, support, comradery and purpose. With the students who I mentioned as with the majority of student-athletes, there is no promise of stardom, let alone future success or scholarship, but membership on a team, in the band or on another form of after-school activity has proven to be the difference between becoming a dropout or a graduate.

Dr. Kevin Fitzgerald is superintendent of the Caesar Rodney School District in Delaware and a member of the NFHS Board of Directors.