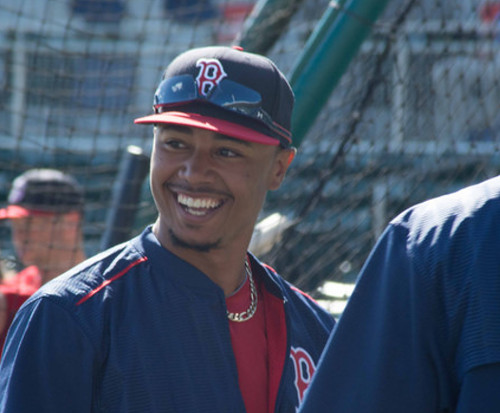 The NFHS promotes the benefits of multi-sport participation at the high school level. It is especially impressive when elite atheles continue to play multiple sports. A perfect example is Mookie Betts, a rising star with the Boston Red Sox.

Betts, who just finished his first full season with the Red Sox, was a standout three-sport athlete at John Overton High School in Nashville, Tennessee. In addition to baseball, Betts excelled in basketball and bowling. Betts began bowling at a young age and finished third in the 2010 Tennessee Secondary Schools Athletic Association (TSSAA) bowling state championship, earning him the state's boys bowler of the year award.

While Betts would surely sooner be playing in the Major League Baseball World Series, he will instead participate in the Professional Bowlers Association's GEICO World Series of Bowling VII, December 7-19 in Reno, Nevada. In Reno, Betts will compete against a field of bowlers representing more than 20 countries. The GEICO PBA World Series of Bowling is the most lucrative event in the sport.

Read more from the PBA.