They appear cordial when not in competition. Some even have friends on the opposing team. But on the weekend, it’s all about leading their team to victory.

Students on the speech teams at Lincoln East High School and Lincoln Southwest High School have battled for the top spot in the Nebraska State Class A Speech Championships for the past three years. Lincoln East has prevailed each time so far, but Southwest’s coach, Matt Heimes, is hoping this will be the year for his squad.

“We’re always kind of butting heads,” Heimes said. “We keep getting a little closer each year at the state tournament, but we still haven’t bested them yet.” 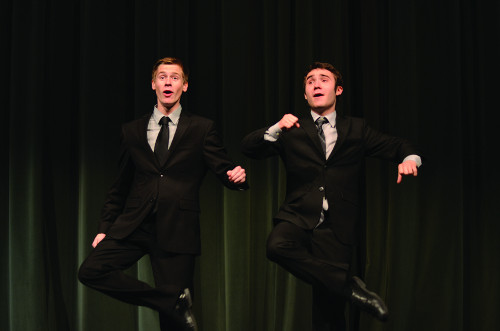 The speech season in Nebraska begins the first Friday in November and will feature many weekend invitational meets throughout the winter. District competitions will be held in March, leading into the state championship March 26-27 at the University of Nebraska-Kearney.

The Lincoln teams will see each other almost every weekend at the invitational meets, where Heimes said Southwest often goes back and forth with its fellow district school. Sometimes the schools are placed in the same district competition to qualify for state; but since those pairings shift from year to year, the two are scheduled in separate competitions this year. However, provided each school qualifies for the state meet from there, they will meet again.

Coach Matt Davis leads the East squad, which has won 13 consecutive state championships and 31 total since the tournament began in 1976. Davis said, despite coaching at a school with such a storied history, he tries to avoid using that as motivation for his students.

“There’s a fairly long tradition of speech excellence here at this school,” Davis said. “I do not emphasize that very much. As a matter of fact, we never even set winning the state tournament as a goal.”

Instead, he said he attributes the team’s success to an excellent group of students who believe in the team as a whole and pay attention to the details.

“We emphasize selflessness – you’re competing as an individual for the sake of your team,” Davis said. “We’re all trying to communicate an idea we’re passionate about and, in my experience, the person who’s most effective at communicating those ideas is the one that is going to ultimately win. So we say ‘take care of all the details and winning will take care of itself.’”

Less than nine miles away, Southwest High School is the new kid on the block, having only opened in 2002 – the same year East began its current winning streak. Heimes, whose wife coaches the debate team, has been there from the beginning.

“We’ve built the program from the ground up, which has certainly been a challenge, but a really rewarding experience to have the opportunity to create it as we wanted it to be,” Heimes said. “We started with between 20 and 25 kids the first year and this year, we have 140. It’s been good to watch it grow and reach out to so many more kids.” 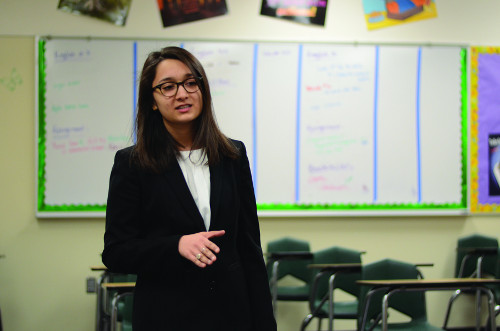 In order to build confidence and allow more students to participate, Heimes said he tries to schedule his team in as many tournaments as he can, whether they are in Nebraska or outside of the state.

“Our kids have really found out that their talent is of a level that they can compete with some of the best teams in the country,” Heimes said. “It becomes a kind of motivation within the team to earn those spots on our travel teams.”

No spots are more coveted than those on the team that qualifies for the state championship. Nebraska offers nine events – four that feature rhetorical works that the students write themselves and five that require students to find literature and perform it – and each team is allowed as many as two entries per event.

The rhetorical events include informative speaking, persuasive speaking, entertainment speaking and extemporaneous speaking, and judges pay attention to student’s diction, style vocabulary and mastery of the mechanics of speech. The interpretation events feature students bringing poems, humorous and serious prose, and dramatic scenes to life in order to demonstrate not only public speaking skill, but creativity and artistry. Only a few minutes of a humorous interpretation shows a student switching in and out of different characters, breaking out into song and creating his or her own sound effects in a type of one-person show.

With that kind of background and experience in a high school speech program, Heimes said it’s no surprise that a lot of Southwest alumni pursue acting in college.

“It’s great to watch them go on to some really elite college programs and really succeed in those as well,” he said. “It’s just really rewarding to watch them grow as a result of what we do in this activity.” 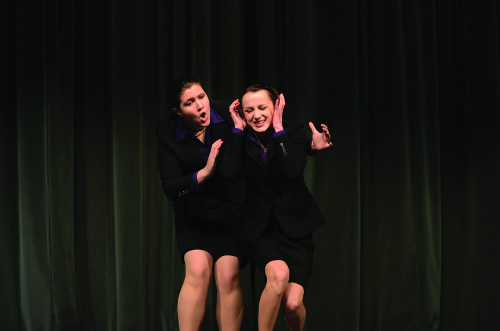 Across town, Davis said his students enjoy being part of a team and excelling at something, and for him, the best part of coaching is helping them achieve that.

“They become like family – they spend lots and lots of hours together and they like being here for each other,” he said. “I think all kids like to be good at something. It doesn’t matter what. This just happens to be what these kids decided they wanted to be good at. They’re dedicating their time to become excellent at something and, as a coach, I give out every bit of my energy to help them attain their goals.”

Neither coach can really explain the success in speech activities in this one school district, or even the area. Prior to Southwest’s three-year streak as state runner-up, the only other school in the mix was Millard North High School in nearby Omaha, which was runner-up from 2008 to 2011.

“The school system, itself, is so large so there are six Lincoln public schools here in town,” Heimes said. “It’s been good and I think the school system is proud to have such strong teams coming out of it.”