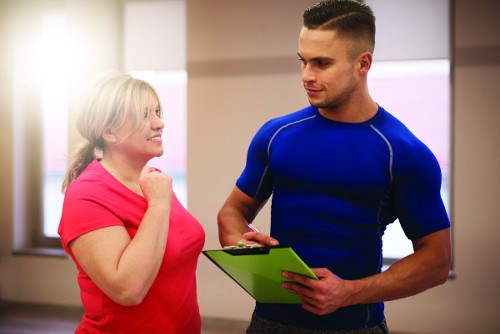 For many high school athletic directors, filling a coaching staff today is a lot different than it used to be.

“I remember there was a time where the athletic director would walk down the hall to the math teacher or science teacher and tell them they are coaching some sport, a sport they may know little about,” said Dory Smith, president of Athletic Principles and former athletic director of Villa Duchesne High School in St. Louis, Missouri.

Smith was one of the presenters at a workshop on Mentoring Non-Teacher coaches at the 2016 National Athletic Directors Conference this past December in Nashville, Tennessee. The conference was co-sponsored by the NFHS and the National Interscholastic Athletic Administrators Association (NIAAA).

From a lack of qualified or willing teacher-coaches to the desire for a more skilled sports instructor, athletic directors are having to look outside the school for coaches more than ever before. As a result, some schools have multiple coaches who are not affiliated with the school. In these cases, athletic directors must mentor these individuals to be the best representatives of their school as possible. Mentoring non-teaching coaches today goes beyond requiring them to become a registered coach and completing a few courses through the NFHS Learning Center.

“The biggest difference is they come from a background not related to the school and the ever-changing student environment,” said Al Cooper, athletic director of New Palestine (Indiana) High School and another presenter at the National Athletic Directors Conference. Cooper said the life of a student-athlete is always changing and those changes are key to their behavior in the sports arena. For coaches who are not at the school during the day, this vital insight could be missing and cause unnecessary conflict.

“A [non-teacher] coach may schedule a practice or scrimmage that causes students to miss a popular school event where as coaches who understand the culture would avoid these types of conflicts,” Smith said.

“We want coaches to know each other in a social setting before taking them to a professional setting for coaches’ meetings,” Smith said.

It is important for athletic directors to know as much about their coaches as possible. Research should focus on a coach’s objectives and what he or she wants to achieve from the experience.

“You need to understand their coaching policies/philosophy to understand how your student-athletes are being developed under that coach,” Cooper said.

“The student-athlete’s growth is an important aspect of education-based athletics. It is about teaching life lessons not about wins and losses,” Smith said.

In some cases, there may not be any teachers on staff with expertise in a particular sport. So, a school may turn to a non-teacher coach who may know more about the sport and have the ability to coach student-athletes in better, more efficient ways. Cooper said, however, that this level of professionalism must be presented and maintained by the coach in all situations. Keeping a professional relationship
with athletes, officials and parents is key to the integrity of an athletic team.

The presenters referenced material from John Evers, CMAA, a former athletic director in Indiana and developmental editor of the Interscholastic Athletic Administration magazine published by the NIAAA, who shared expectations for non-teacher coaches and athletic directors in an issue of the magazine.

Evers noted things coaches expect from their athletic directors such as bringing concerns directly to coaches, being a friend not a buddy, helping lead the program and pushing to stay ahead of the learning curve.

In addition, expectations that athletic directors have for coaches include putting athletes first, constantly striving for professional growth, creating a positive life experience and always putting themselves in a position that can be defended.

It is ideal for coaches to be a positive force not only for a team but also in the school and community as a whole. Smith says athletic directors should recognize coaches who are doing great things inside and away from the sports arena. Sharing the accomplishments or volunteer services a coach is contributing to with faculty, parents and students shows that a coach is appreciated and valued as part of the staff. Not only is it nice for the coach to hear but it could change or improve the way parents and students view that particular person on and off the field of play.

In the end, the presenters concluded that mentoring non-teaching coaches comes down to communication. Athletic directors and coaches must remain in consistent contact to keep communication and learning at the forefront of athletic programs. Communication is a two-way street that is crucial to building and maintaining a professional relationship that takes a school’s program in the right direction.

Bryce Woodall is an intern in the NFHS Publications/Communications Department. He is a senior at Franklin (Indiana) College studying public relations.