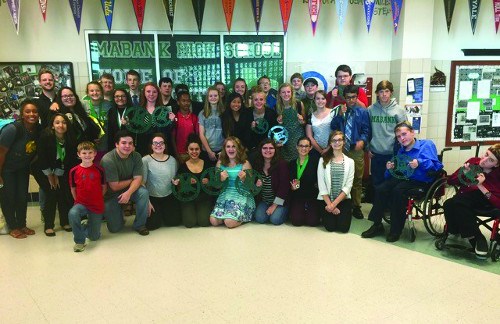 “Out of the frying pan and into the fire” was a phrase used many years ago as teams nervously entered their first debate tournaments. That phrase became part of the “pep talks” given to novice students as they signed up for their first tournament. No matter how much practice and preparation was done in class, that first tournament was always a trial by fire as beginning students experienced competition for the first time.

In those years, coaches put students into rounds against experienced varsity competitors and told them “good luck and have fun,” hoping the novices would survive. With the best intentions of teaching students to learn by doing, we often set them up for failure. With the goal of changing how beginning students are introduced to competition, the North Texas Debate Association, composed of many small rural schools, formed Angel Tournaments to pair novice and varsity students together as teams. This created a tournament structure where learning, competition and teamwork–through in-round coaching – became the focus.

There is a cartoon in which an angel stands on a character’s shoulder and helps him make a choice on action he needs to take. It was that idea that led to the formation of the Angel Tournament, to give students a more equitable field of competition their first time out by allowing novice students in-round coaching.

In small rural schools, students seldom attend summer debate camps or have previous knowledge about speech and debate. Public speaking in general provokes fear in these students, and the complex structure of debate, providing logical argumentation, developing clash and asking questions are all foreign concepts to the beginning student.

We began scheduling an Angel meet within the first month of school to provide learning for the novice students. As teams signed up for tournaments, each novice team was able to pick a varsity member to help them during the round. Debate is one of the largest challenges teams face as beginners, so our first meets offered CX Debate, LD Debate and Public Forum Debate.

Building on what was learned that first year, Congressional Debate and Extemporaneous Speaking were added to the Angel Tournament schedule. Even with the addition of the extra events, the tournament schedule was kept to one day, and Angel meets ran just like a normal speech and debate meet with a few tweaks.

In debate, for example, a novice debater or team was paired with their varsity angel, whose job it was to be a guide in procedure and to offer advice on strategy while sitting at the table with them during prep times. The novice students had to give all speeches and ask all questions, and only relied on the varsity angel for support and guidance. The varsity member became an in-round instructional coach.

To provide students ample time to learn from their varsity angel, prep time was adjusted each round to allow the beginners to be weaned off the assistance. Round I had double the prep time, Round II two extra minutes and Round III followed regulation prep time. With the varsity angel in the room as the voice of support, growth in novice debaters was obvious – not only in confidence, but also in the quality of the argumentation they produced.

Angels were used in Congressional Debate for the presiding officer, and multiple angels helped other competitors within the round. Varsity members were also allowed to give non-judged speeches so they could demonstrate the concept of active participation on the floor.

In Extemporaneous Speaking, students were provided areas of focus beforehand. For example, U.S. Elections first round might have been Hillary Clinton and second round about Donald Trump. This allowed coaches to prep files and students on topic areas.

Some schools hosting Angel Tournaments provided a list of 20 prelim topics, 20 semifinal topics and 20 final topics. At the tournaments, varsity angels were allowed to help the novice extemporaneous speakers through the draw and prep procedures, but the regulation prep was not extended. Students began to come out of rounds fired up. They felt secure, and the team bond between beginners and experienced members was staggering.

There were a few bumps in implementing this tournament structure. Some programs were so small or so new they did not have any varsity students to help the beginners. In our association, larger and more established programs came to the rescue and began offering their own team members to help beginners at other schools, and in a pinch, the judge in the room could act as an angel to both teams or have one team’s angel help both teams.

Following the theme of “out of the frying pan and into the fire,” frying pans were given as awards for first through third places (12 inches, 10 inches, 8 inches, with medals glued in the middle) and potholders for places 4-6. It was fun to go to schools and see their frying pans on the walls and hear teachers talk about how many people asked about them. These awards helped keep the cost of the tournament to a minimum, and provided a quirky alternative to the usual tournament trophies and medals.

Benefits from participation in Angel Tournaments were immediately seen. Varsity angels loved the idea of coaching their novices. It not only helped grow a strong team bond, but students learned from the experience. The varsity students were able to experience teaching and the pride that comes from seeing a new student learn and be successful. They took ownership in “their” team and helped them beyond the Angel Tournaments. Former students later came back to help because of their experience of being an angel.

The benefits of Angel Tournaments for small schools are especially important. The assimilation and retention of novice students into our programs far exceeded expectations. Debate is a critical-thinking skill that can be developed without expensive camps or costly tournaments. Students can compete and feel good about themselves because of what they are able to do in a classroom and in a competition. Many teachers come into the debate community with a speech background, but with no debate experience. This meet allows new coaches to learn, along with their students, from experienced coaches and varsity students. For schools struggling to develop a debate program, this can be a great way to create a productive tournament experience without throwing beginners into the fire.

Angel Tournaments changed our programs and our students. Multiple state medalists first competed in Angel Tournaments, and this concept may offer your teams a chance to safely develop and grow into champions.

Jason Caldwell of Mabank (Texas) High School has coached high school speech and debate for eight years. He is the past president of the North Texas Debate Association and is currently serving as assistant principal at Mabank High School. He can be reached at jccaldwell@mabankisd.net. A veteran educator of 16 years, April Caldwell is currently the Texas University Interscholastic League academic coordinator and debate coach at Tyler (Texas) John Tyler High School. She can be reached at April.Caldwell@tylerisd.org.

Russia and Water Resources are the final choices for the 2021-2022 na.